I explained this to a friend once who is concerned that her younger adult brother is likely on the high functioning end of the autism spectrum.

My first question is always, how is it affecting their life? Are they having trouble in relationships, with work, with sensory processing?

For me, the only reason I was screened was due to severe panic attacks from severe anxiety I developed after serving in the military without a diagnosis. By the time I found myself with a long-term counselor, I had already developed so many coping mechanisms that barely displayed any social symptoms.

If I hadn’t moved to Tokyo and lived by myself, which exacerbated the secondary disorders, I likely would have never had a reason to find out and would have gone the rest of my life without even knowing.

The only way to know if it’s “mild Autism” is to be diagnosed, which answers the question. The first step is to describe the specific issues you’re having to a doctor so they can tell you what the cause of your issues truly is. One or two symptoms does not Autism make. 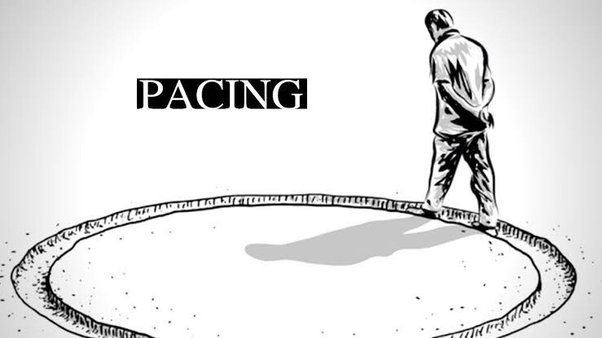 As with the other answer I just read, I can’t give a generalized answer for others on the spectrum, but that’s not really what people are looking for on the website. I’ve personally always been a big walker/pacer. Whenever I’m thinking I’ll either go on long walks or just walk in circles while rubbing a pen in my left, non-dominant hand. When I first separated from the Navy and my anxiety was at its most severe level, I would go on long walks just to stop my panic attacks.

Might as well quote my book a little bit:

“In fourth grade, while in my new school in St. Petersburg, I was reprimanded daily for sitting in the back of the class reading video-game magazines instead of paying attention to the teacher’s lessons. They were accommodating enough to let me borrow them over the weekend. I was playing Final Fantasy VII at the time and was fascinated by the games that came before it in the series. I read the same articles repeatedly and stared at the pictures. I came up with ideas for new Final Fantasy games and wrote them down on several pieces of paper. I attached them to a video game subscription card with hopes they’d make it to Squaresoft. They would have made it to a trash can if my mom had not intervened.”

“I was always fascinated by anything that came in a series, regardless of what form of media it was. This passion spanned several disciplines over the years. The earliest memories of this were with the movie Honey I Shrunk The Kids and the Sonic The Hedgehog series. I felt some weird emotional attachment with Honey I Shrunk The Kids because I watched it in pre-school. I would start conversations about it with kids I was in the same pre-school with assuming all of us had this same type of imprinting. I felt attached to Sonic The Hedgehog because my sister and I were gifted with the second one for Christmas 1993, and I was convinced I had played the first one at some point, even though it was kind of impossible. I probably dreamt about it, and I’ve always had very vivid dreams. I always assumed that the first two Teenage Mutant Ninja Turtles movies were one long movie because I never saw them separately until I was at my friend’s house. He only had the first one, and I was disappointed. I would annoy my friend’s parents by quizzing them on how many movies were in the Star Wars movie series even though I didn’t see them in entirety until I was 24. The magic number for me was three. Any movie series that was comprised of three original films had my full attention. My favorite series of all time is still the Back to the Future series. I could probably watch those films in tandem perpetually. I can quote several parts of the movies verbatim. The first game I ever beat was Sonic The Hedgehog 2. It took me several years because I’ve always sucked at video games; I just loved playing them. I was more fixated in running around in circles as fast as I could manage; I wanted to look like my sister did while she was playing. I loved nothing more than to watch her play. These were the good times when she wasn’t using me as a punching bag. I equated video game ability to maturity and thought that adult style button mashing was a mad skill. I was slowly introduced to other games. I think the majority of games I learned about were from free trials. My dad brought home free trials for Wolfenstein 3D and Doom, and I beat them over and over again.”

— The Machinator: An Autistic Navy Veteran’s Critique of Normality by Justin Nizza

People with Autism develop black and white thinking due to a need to sort the world into less chaotic categories.

In my case, in which undiagnosed Autism was also coupled with trauma, I ultimately developed Borderline Personality Disorder, which also involves black and white thinking, but is more strongly related to relationships rather than the broader world.

I still use this standard mode of thinking to sort out the world but in a less negative, toxic sense. I just like everything to have a clean, clear definition rather than terms being used in a haphazard, situational method.

I have verbal dominant Autism and excelled in my Psychology classes for that part of my double major in Communications and Psychology. It’s a stereotype that Autists excel exclusively in STEM fields, there are plenty like me that are stronger verbally.

The type of cold, logical reasoning seen in people on the Autism spectrum is similar to the thought patterns among highly intelligent people, especially those in STEM fields, which can be appealing to those on the spectrum and those of high intelligence, especially mathematically and spatially inclined.

High intelligence can also cause a lot of the same communication issues as seen with persons on the spectrum, so it’s often hard to differentiate the two.